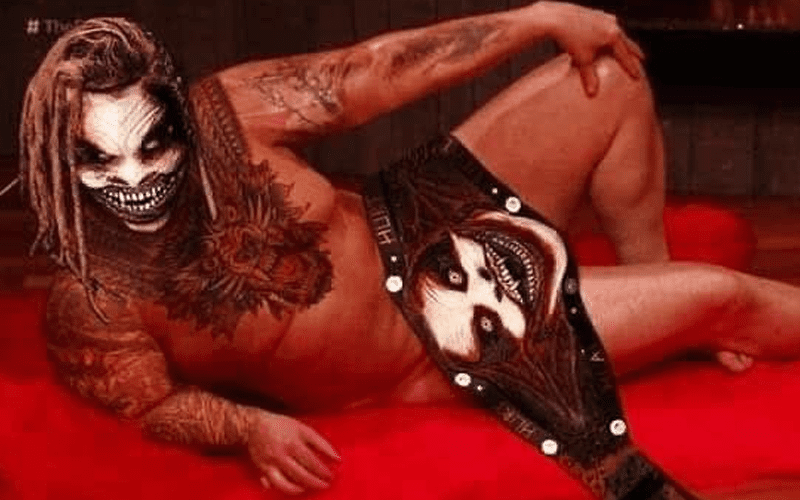 Bray Wyatt is the current WWE Universal Champion and The Fiend has his own special title. You can buy one for the price of a down payment on a reasonably mortgaged medium sized home as well.

Someone went all out on a recent parody of a parody of a parody photo. This one is going to be fun to discuss. Shawn Michaels posed for Playgirl while he was WWE Champion. His iconic nude photo with only his title covering his ‘lil Showstoppers was later parodied by Tommy Dreamer on a couple occasions. Then someone took the opportunity to Fiend it up a little bit.

Tommy Dreamer saw the Fiend version of his own HBK parody and commented saying:

I love @WWEBrayWyatt dedication to The Fiend
1 sexy beast #Starrcade

Bray Wyatt saw this and responded with a “kissy face” emoji. We’re not sure who is responsible for this amazing Photoshop work, but we’d love to credit them. If anything, it probably gave Bray Wyatt a laugh when he saw Dreamer’s tweet.