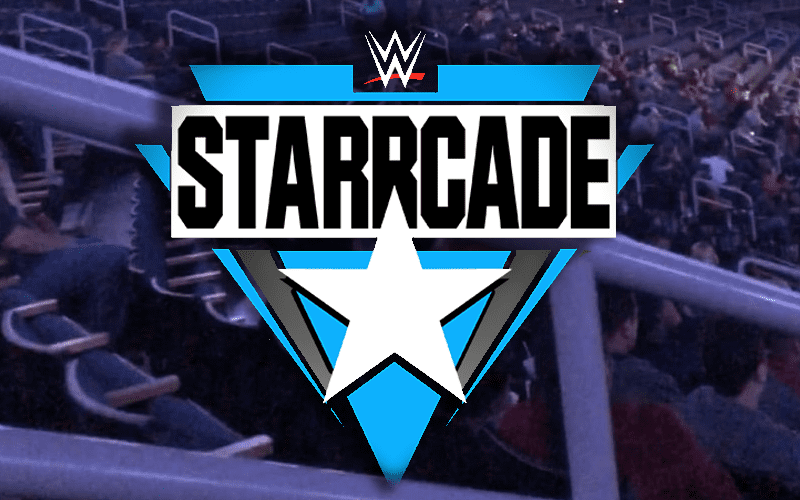 WWE brought another Starrcade event to the WWE Network tonight, but not very many people were able to see the event live at home. Then WWE put the event on YouTube for free.

It turns out that there were also issues watching the event for those in the Infinite Energy Center in Duluth, Georgia. The issue was that not a lot of fans showed up at all.

WWE did a good job keeping the camera side full, but as you can see from this photo sent in by one of our awesome readers, not every seat was filled by a long shot.

You can check out a shot of the crowd for Starrcade that was taken during the show. It’s not the best look for the crowd because there are a lot of empty seats available.

Thanks to Monty On My Mind for passing this along