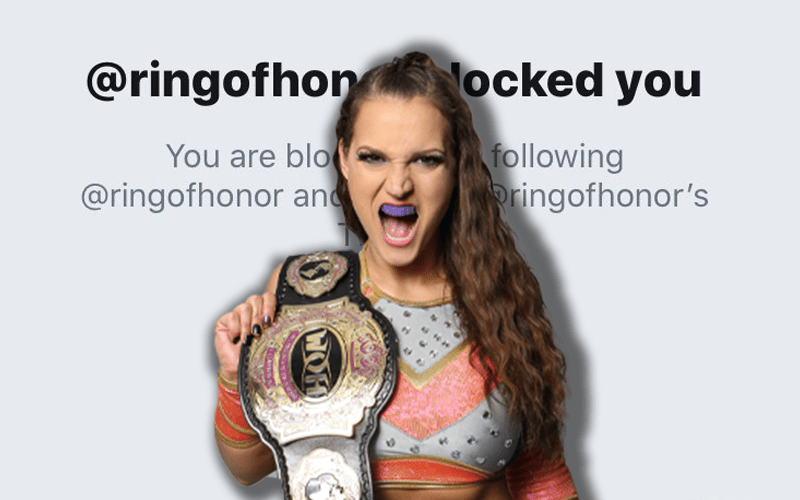 Kelly Klein will not be continuing her career in ROH. The company’s story is that they are not renewing her contract, but Klein and her husband and others say that she was fired via email while out of action with a concussion.

This story broke out into the mainstream news circuit for a minute as well. It was not a good look for ROH. Now they are blocking people on Twitter and that includes Kelly Klein.

Klein sent out a tweet showing that ROH has blocked her along with a message. The company might not want anything to do with her, but she will continue supporting their wrestlers.

Interestingly enough, ROH has not removed Kelly Klein from their roster page. She is currently listed as their Woman Of Honor Champion as well.