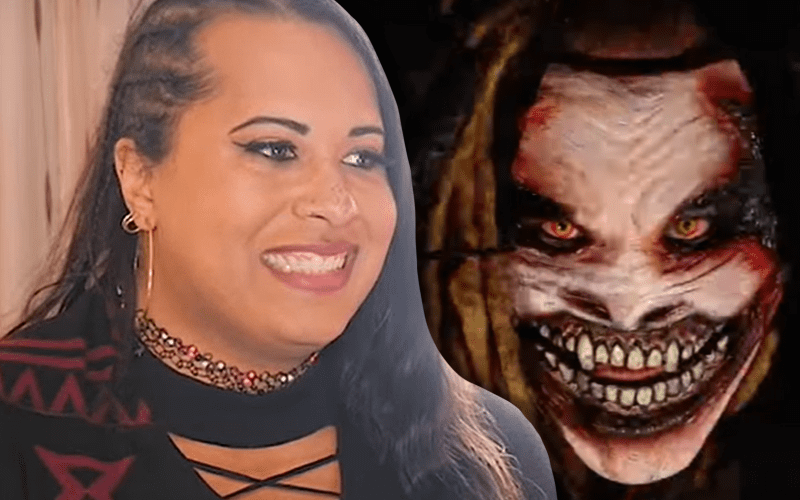 Bray Wyatt’s character has many layers and riddled with uncovered mystery. His evolution from following the buzzards to hosting the Firefly Fun House was fascinating to watch and it included an almost year-long break from television.

Nyla Rose is spending time with her mother for Thanksgiving and the Native Beast found it difficult to describe Wyatt. It seems that despite her best attempts she can’t seem to explain his complex character transition.

Trying to explain to my mom who Bray Wyatt is, and his evolution of character. Trying to think of the best way to describe his old gimmick to my mom, I called him a “dusty swamp goon” and she Goes “wait a minute! There was a wrestler call Dusty swamp goon?!!” lord help me

We’re sure with a little bit of determination she will be able to properly explain Bray Wyatt to her mother. If anything, this just shows the unique character that Bray Wyatt was able to create.