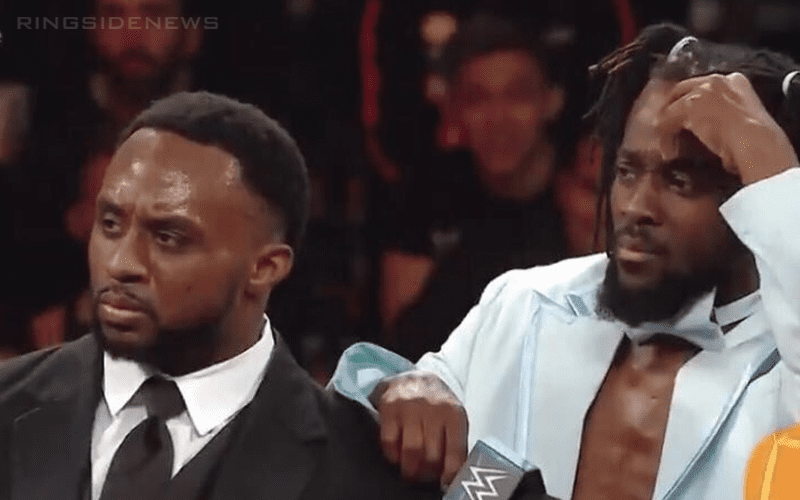 Big E is a former WWE IC Champion and he was also the second NXT Champion, but he is currently 1/2 of the Tag Team Champions once again. Kofi Kingston broke out and was WWE Champion as part of the New Day and Kingston believed Big E could do it too.

While speaking with AL.com, Kofi Kingston opened up about how he believes that Big E could break out on his own as a singles star. He certainly has it in him, and New Day never looked at each other as wrestlers who couldn’t have singles runs and still be a part of the group.

One of the possibilities that we’ve discussed is all of us having singles titles and still being a group and doing it because we are brothers. It’s a very real friendship and bond. We push each other and want everyone to achieve the most they can achieve. I say it all the time, with me being the WWE champion, I was the one wearing the title, but it was all three of us that were the champions because, without Woods and E, I would not have been in that situation.

Vince McMahon said that The New Day as Tag Team Champions was very fitting for them. This was a little cameo in their latest online promo that some fans could read different ways.

We’ll have to wait and see if Big E will eventually break out and have a run on his own, but right now he’s still having a great time as a champion with Kofi Kingston.