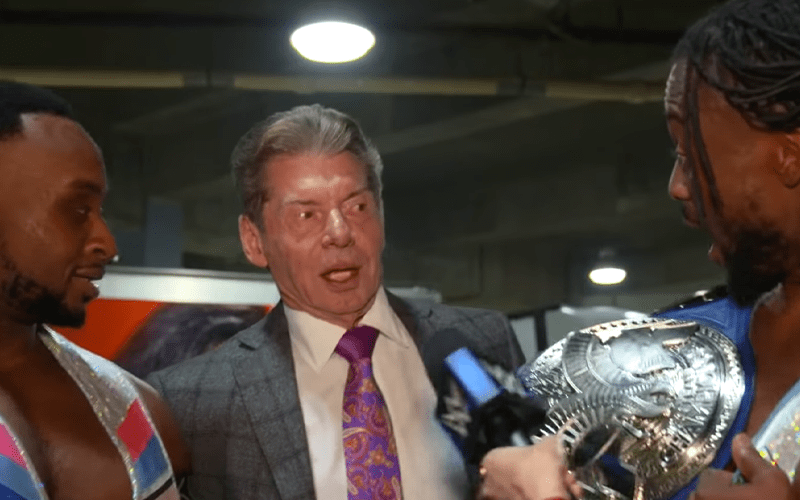 The New Day pulled out a big win on Friday Night SmackDown and they retained the SmackDown Tag Team Titles. This was a tough match, but they made it happen with the power of positivity.

In the midst of an interview with Cathy Kelley where Big E said no one talks about the fact that he was the second NXT Champion — which means he beat Seth Rollins — “it’s cool,” he said.

Then Vince McMahon walked into the frame rather unexpectedly. “Very becoming,” he said of The New Day with those titles before he quickly left.

They were certainly happy to share the moment with McMahon as Kofi Kingston boasted that they now have Vince McMahon’s “stamp of approval” after being a stable for five years. It was pretty cool that Vince McMahon took the time to be seen with the New Day.