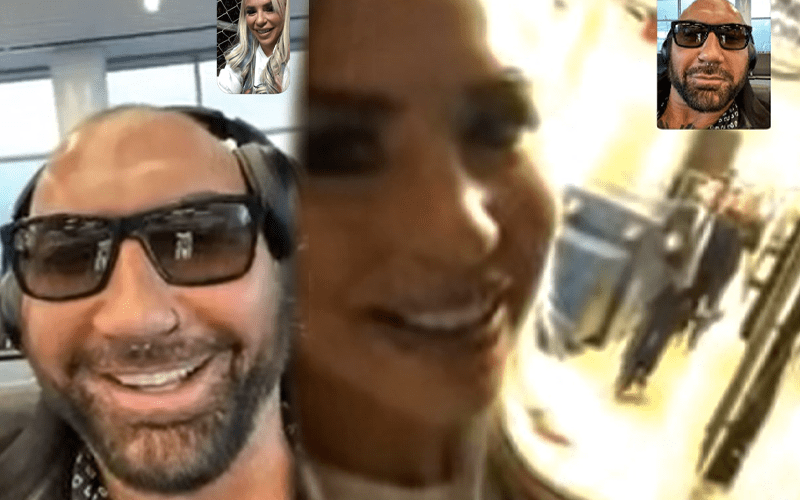 Batista and Dana Brooke seem to be dating right now. It’s enough for Corey Graves to make mention to on SmackDown commentary as well.

If some fans thought that Dana Brooke and Dave Bautista were playing around then she had some evidence to show as proof. Brooke uploaded a picture on Twitter of a FaceTime screen shot during a conversation between herself and Dave Bautista. This was in reply to him posting a screenshot of her. Along with posting a picture of the powermove, she commented saying:

These two seem to have gotten together rather quickly, but we honestly have no idea how long they were talking before making things official. They seem to be doing well enough to be FaceTiming in an airport on Brooke’s birthday so congratulations to the happy couple.