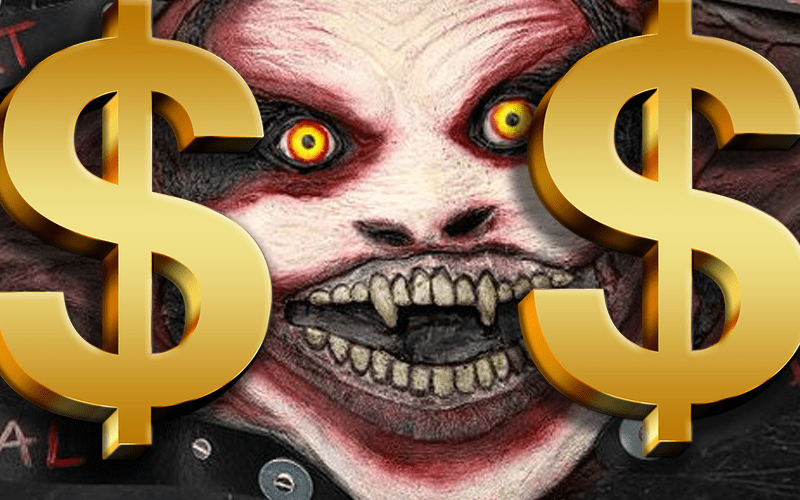 Bray Wyatt debuted a new Universal Title for The Fiend last night. It didn’t take WWE very long at all to put that title on their official shop, but it’s going to cost fans a ton if they want one.

According to WWE Shop, each title will be unique “due to the hand-made sculpting process, no two titles will be identical.  Each will be a truly unique collector’s item.” That obviously has a lot to do with this steep price tag.

These titles will also come with a Certificate of Authenticity hand-signed by Tom Savini. It wasn’t specified exactly how many they plan on making, but we can only imagine that the $6,499.99 price tag will scare a lot of fans off way more than the Fiend’s image on the actual belt.

These titles won’t even ship until December 20th, so a Christmas delivery isn’t guaranteed. You can still get one while you can because this is definitely the kind of WWE memorabilia that isn’t going to be around for long.