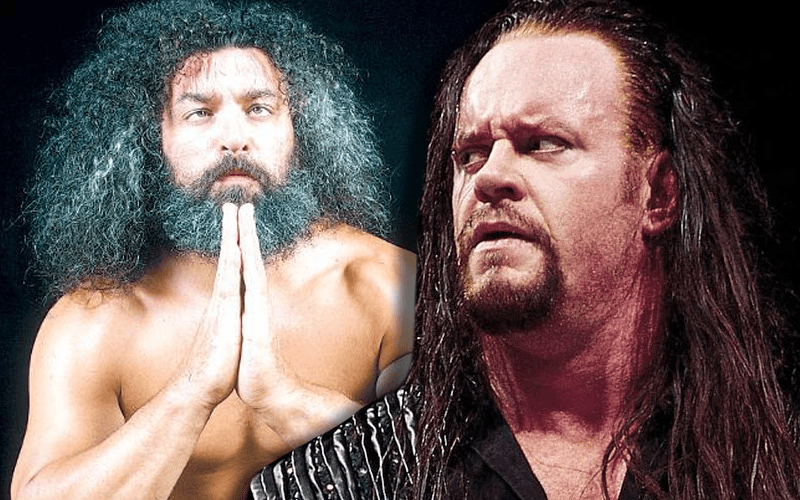 Everyone has a period of time when they have to learn if they’re starting a new profession. This was also true for The Undertaker and one of his first matches was against a legendary opponent that nobody wanted to irritate.

During The Broken Skull Sessions, The Undertaker revealed that one of his first matches was against Bruiser Brody. Thanks to a rookie mistake, Taker seemed to agitate the legendary stiff worker and he certainly paid for it.

“My first match is against Bruiser Brody. My skill level, I mean I’m greener than sh*t, but I get in the ring and that ‘stupid gene’ flips in the back of your head and I’m looking at him going, ‘I’m bigger than he is.’ So ding, ding, ding and we tie up and as soon as we tie up I’m pushing and he’s like ‘Okay, lighten up, kid’ so I’m gonna give him the push-off and when I do I kinda push off and I flick him in the chin a little bit, you know.”

“We tie up again, boom. I grab an arm, so I’m standing there with a standing arm bar, I just grabbed it, right? I don’t know how I got so stupid… really. So he’s about to shoot me off, and I yell: ‘clothesline’ — Now I’m calling the match!”

“No I got no brains, off he comes, right, and man I’m wound up and that furry boot comes up and wham my eyes roll back to the back of my head and I’m like, ‘Oh, wow, okay.'”

At that point, Bruiser Brody told a very young and green Undertaker that they’re “going for a walk.” Then Brody threw Taker outside the ring. Bruiser Brody slammed Undertaker on the table and told him not to move before smashing a metal and wooden chair over his back.

“It sounded like a gun went off, right? I felt every bit of it, I thought it went through me,” Undertaker said. That might have been a painful lesson to learn, but what better man to teach it other than Bruiser Brody?