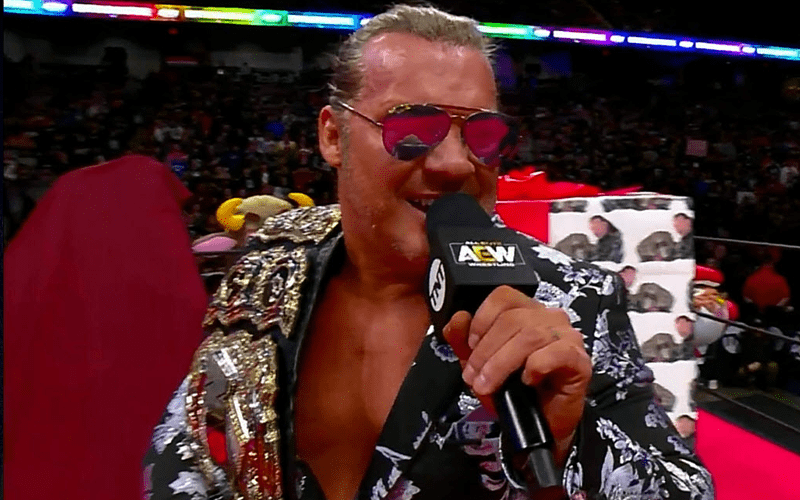 Chris Jericho is currently Le Champion of AEW. Before he had a little bit of the bubbly, YJ2 added people onto his List Of Jericho. He has seen many different versions of his character as he always evolved who he presented in the ring.

While speaking to 101.1 WKXQ, Jericho broke down how his character has been able to stay fresh for so long. He doesn’t stay still for long and is always looking for that next thing that will stick with audiences.

“You’re constantly evolving, updating and not living in the past. I think that I was never cut out for that. I never wanted to do the same thing twice and I know, I feel it, when the time is right to change. I knew when it was right to change out of ‘Y2J’, I knew with the countdown clock, The List.”

“That’s one of the reasons I’m so excited to be in AEW because I know if I went back to WWE they’d want me to do The List because it’s so popular. It doesn’t fit anymore, you know? It’s one of those things where time moves on and it’s good to always update your act, update your look, update what you’re doing and still obviously pay homage to your history and your legacy, but constantly make it more contemporary. That’s not selling out.”

“You talk about the new Ozzy [Osbourne] song ‘Under The Graveyard’—it’s number 4 this week. Ozzy with a top 5 song at 70 years old? But the reason is the song is still Ozzy, it’s got a different guitar player, it sounds more contemporary, it just sounds more now. That’s kind of what I’ve always done with Chris Jericho. If something starts feeling a little bit nostalgic, I drop it.”

“I have no problems dropping it. It’s great to go back and look at it and remember it, but The List was 2016. ‘A Little Bit Of The Bubbly’ and ‘Le Champion’ is 2019, that’s where I live now. I think it’s great to have a body of work that people go ‘I like this era best. I like that era best.’ but as long as you continue to keep your fans guessing, so they never know exactly what they’re going to get from you, they’ll be that much more engaged and that much more apt to continue to follow you.”

Chris Jericho has years left in his pro wrestling career so we very well could see his character evolve even more as time goes on. He will continue to keep an open ear paying attention to what works, because you never know when another big wave of creative inspiration could come his way.