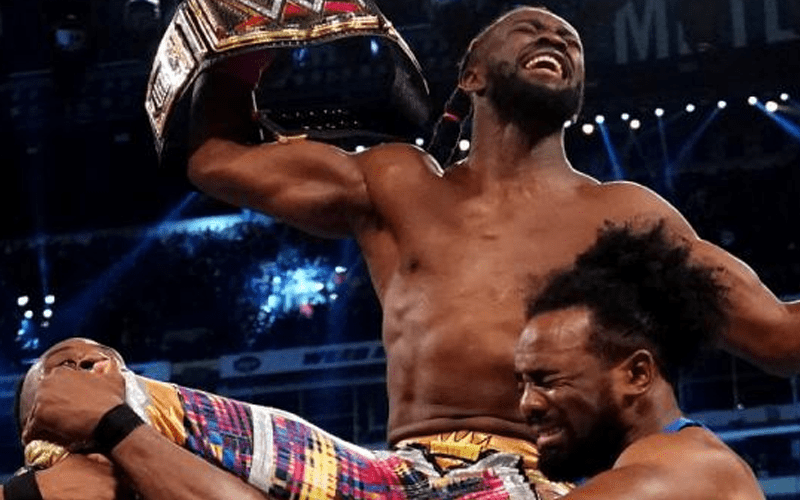 WrestleMania is a very special event for all WWE fans. It was a monumental occasion for Kofi Kingston this year as he exited the show of shows as WWE Champion.

Mega Ran recently spoke to Wrestling Inc about Kingston’s run into KofiMania. The famous rapper actually created a new entrance song for Kofi Kingston to debut at the event, but for whatever reason the idea was nixed just before the show.

“I like it a lot. We had an opportunity for Kofi’s entrance at WrestleMania to create a new song. Unfortunately, it got turned down at the 11th hour as I think a lot of folks were scared to pull the trigger on a new theme at that moment. But I like the way it came out and I hope one day they consider it.”

“But I think it’s time for a new theme. I do love it and it’s super-catchy, but it’s been five years which is a testament in itself as no tag team lasts five years… It doesn’t get booed or boring so I think they’ve got a formula. Maybe they know what they’re doing by sticking with it.”

“You can’t turn down that pop, that guaranteed reaction. You’re running a risk of taking that away if you change it. So, I get it.”

We might never hear the song that Mega Ran wrote for Kofi Kingston. He did recently invite Xavier Woods on a track for a rapping duet. Kofi Kingston did not receive his own unique entrance music for WrestleMania, but his New Day anthem was also an appropriate soundtrack for his celebration.