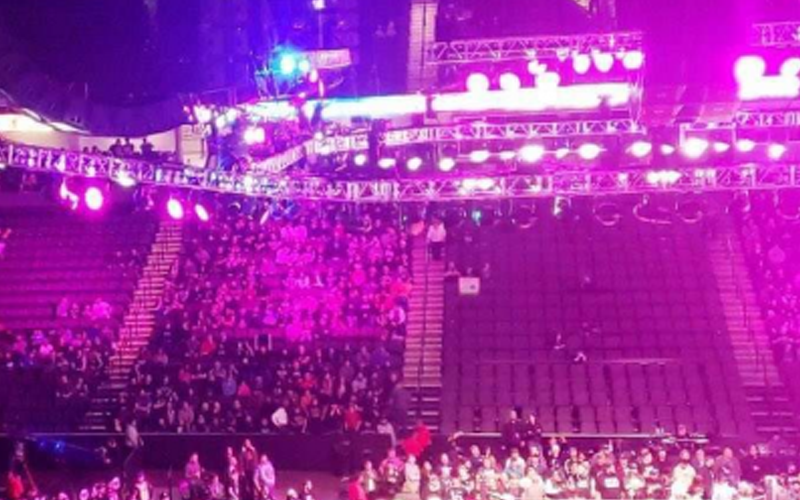 AEW returned to the Sears Centre for Dynamite this week, but the Chicago market has been absolutely flooded with pro wrestling recently.

WWE just held four straight events surrounding Survivor Series in the Chicago market. All of that pro wrestling very well could have taken a toll on the overall interest for pro wrestling in the Windy City.

As you can see from the picture below, AEW Dynamite had a majority of the hard camera side bare. Obviously, they moved people around to make sure that there were fans on camera.

This isn’t anything new for pro wrestling events to have empty seats. It still might not be the greatest sign if AEW wants to continue coming back to the Chicago area every year around Thanksgiving. Then again, WWE isn’t likely to flood the market every year either.