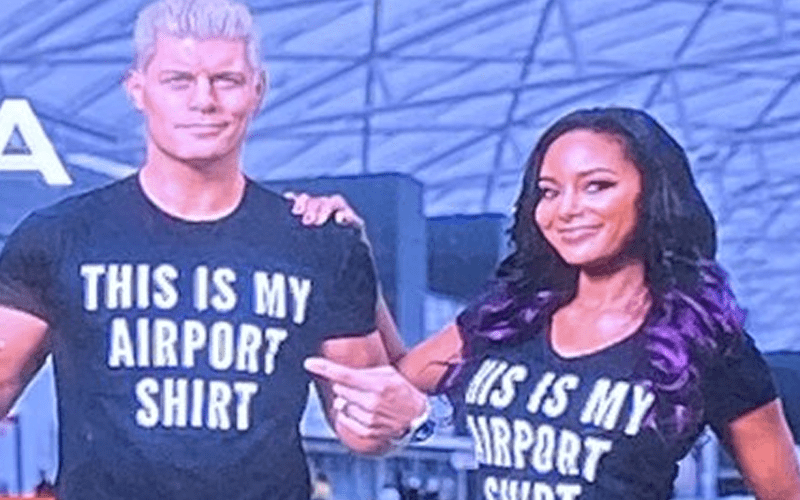 All Elite Wrestling Executive Vice President Cody Rhodes and Chief Brand Officer Brandi Rhodes have been making a lot of media rounds as part of AEW. Now they appear on a billboard inside an airport.

The Rhodes now appear on a billboard in the Atlanta Airport. This is a place where tons of people will see them wearing their “airport shirts.” It also says “All Elite Wrestling” above their names which is a nice touch.

“Welcome to Atlanta…look for us on the giant screens as you arrive in the A!” Brandi Rhodes wrote.

Cody had a much different reaction because he’s been using that airport for nearly 15 years. Now he will see himself when arriving at his destination.

This is a pretty cool deal for Brandi and Cody. It is also another way for them to spread awareness of AEW.