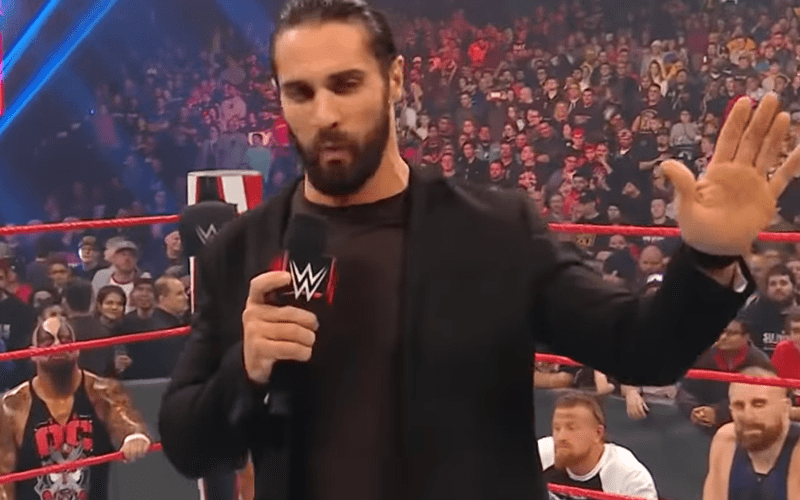 WWE could have several plans for Seth Rollins now that he turned heel once again. It seems that he is going to play a character set in his convictions while getting booed the entire time.

Bryan Alvarez explained on Wrestling Observer Live that in Seth Rollins’ mind, he’s a babyface. In reality, he’s a heel and booked as such, but he will continue wrestling as a babyface while getting boos the entire time.

“Yes, Seth Rollins has turned heel. I know a lot of times we see these weird storylines and such on Raw and I think somebody has turned heel and I’m told ‘no, no, no they’re still a babyface’ or whatever. This is definitely a heel turn for Seth Rollins.”

“This is not like a slow turn that they’re doing right now. This is his idea. This is his character. He is a heel who thinks he right. I guess he thinks he’s 1997 Bret Hart.”

“The Seth Rollins character thinks that you the fans are being unfair to WWE. So, he’s gonna wrestle like a babyface while burying you. That seems to be the plan. I guess we’ll see what they do next week.”

Seth Rollins is a heel so he will be paired with babyfaces, but if you ask him he doesn’t understand why people are booing him. He just wants to do what is best for WWE and RAW in general which was the direction of his big town hall meeting. Let’s just see what WWE does from here.