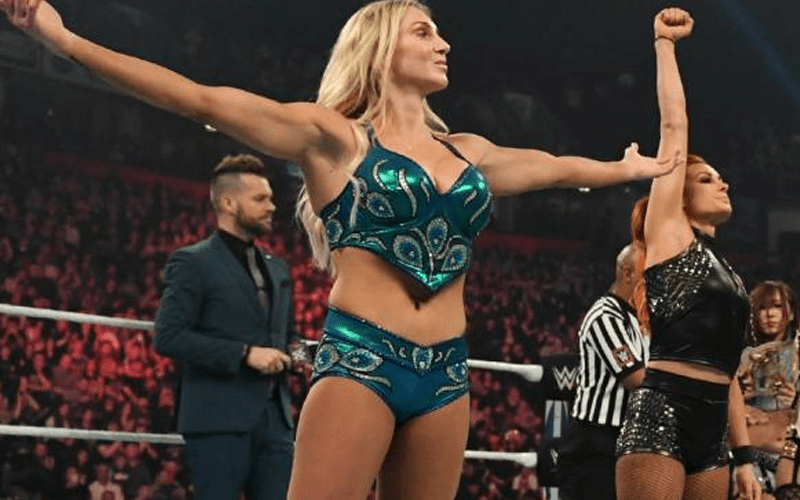 Becky Lynch made a little remark during Raw about being in a team with Charlotte Flair. It was something along the lines of them being bound together forever. Now she’s in this team and vying for the WWE Women’s Tag Team Titles at Starrcade.

The Man celebrated a big day today. She surpassed Ronda Rousey in number of days as Raw Women’s Champion. Her response to this achievement was quite interesting.

I’ve just become the longest reigning Raw women’s champion, so I’m thrilled to be in the tag division rn.

Becky Lynch included an animated gif of herself looking at the camera and giving a face like you know what she’s talking about. So far nobody’s chasing Becky Lynch’s title so she might end up holding that championship for quite a while longer, especially if she remains in a tag team.