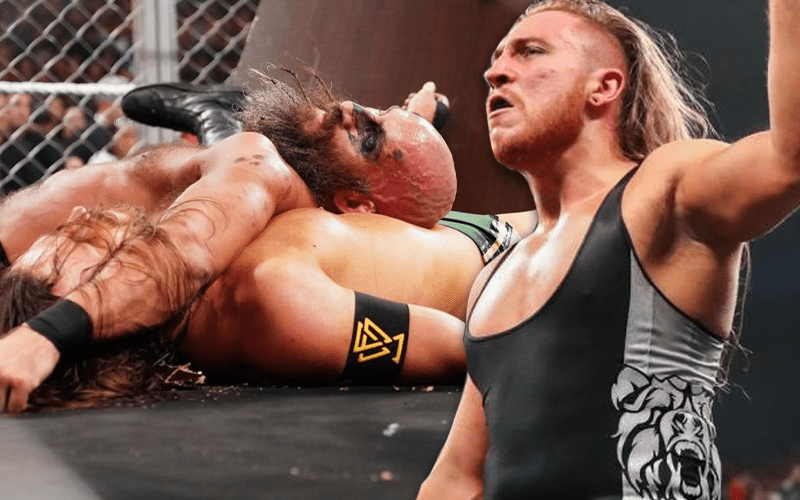 Adam Cole is dead if you’re a fan of Being The Elite. After last night’s NXT WarGames match when Tommaso Ciampa sent the NXT Champion through two tables off the top of the cage, he wasn’t feeling too well this morning.

Pete Dunne won a #1 contender’s match for a Survivor Series title shot against Adam Cole. The Bruiserweight fired off a tweet saying that since Adam Cole is dead after last night then he wins by default.

Adam Cole is dead I win by default

Survivor Series certainly has the chance of telling a story where Pete Dunne is beating on an already damaged Adam Cole. We’ll have to see how things turn out, but if you ask Dunne it won’t be much of a fight.