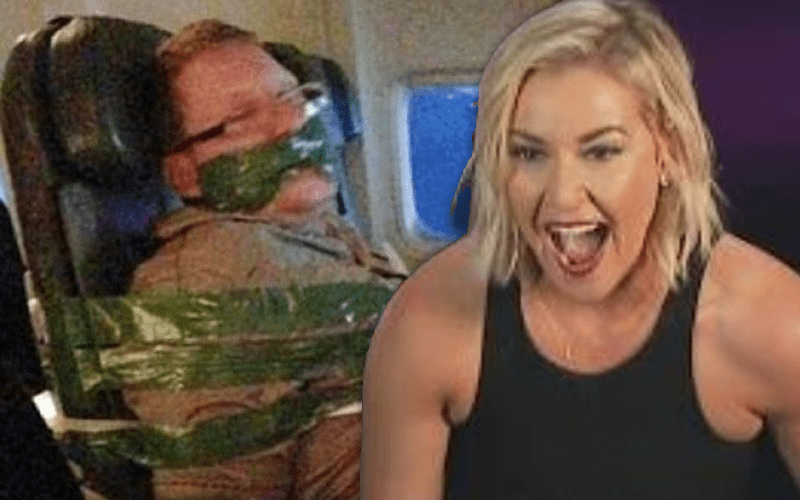 Renee Young has been around the globe with WWE, but her recent trip to Chicago might have been a little chaotic.

Young recently updated fans to let them know that she just had an unscheduled stop in Denver. Apparently, someone on her plane lost his mind which caused the plane to land so they could escort him off the flight.

Shout out to the guy on my plane screaming his face off that made us divert to Denver to kick his ass off.

The bright side of this situation is that Renee Young will have a fun story now that she didn’t have before. This goes to show that some people just aren’t meant to fly the friendly skies.