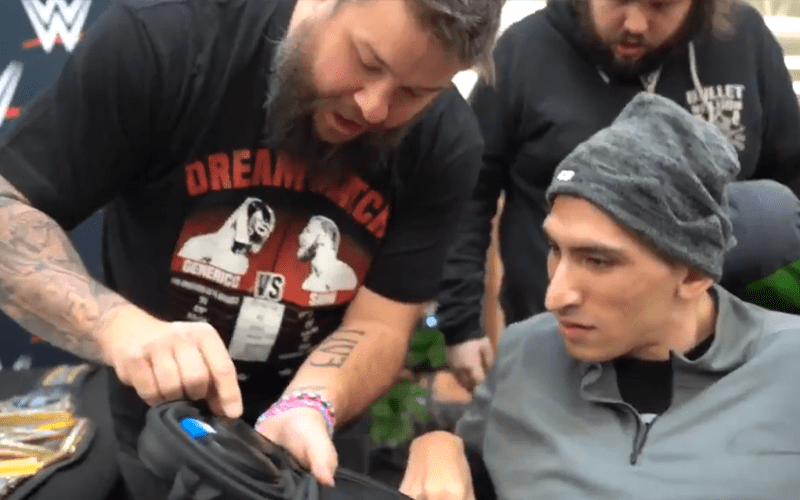 Kevin Owens might play a heel on television sometimes, but he is really one of the nicest guys you’d ever have the pleasure of meeting. He cares about the fans and he recently showed this in a big way.

One handicapped fan wrote on Twitter that he had tickets for TakeOver and Survivor Series, but he was concerned about the loud noises. The fireworks especially worried him.

Someone suggested Bose noise canceling headphones, but this fan replied that was out of his price range. Kevin Owens said that he happened to have an extra pair of those Bose headphones and he was glad to give them to this fan. At a Walmart meet and greet before TakeOver, Owens was able to give this fan those headphones.

We’re not sure where Kevin Owens is going next. He could make a full-time jump to NXT or stay on RAW. This fan was not expecting Kevin Owens to reach out, but it’s likely that he’ll never miss a show no matter where WWE puts KO.