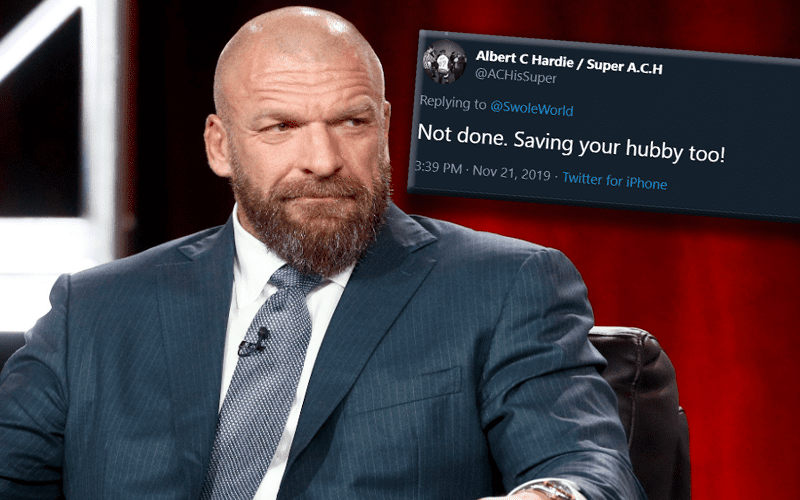 WWE granted Jordan Myles his release from the company after he quit in a very public way. Now that Myles is Super ACH, he’s working the indies once again. He might like to bring someone else with him as well.

ACH tweeted out to Big Swole saying that he is going to save her husband Cedric Alexander. This was followed by both Swole and Cedric liking that tweet.

Brad Shepard reports that WWE is aware of this social media activity. They are keeping an eye on this situation as well which could get interesting.

I’ve confirmed with a source in #WWE that the company is aware of the tweets surrounding ACH and Cedric Alexander.

Cedric Alexander recently received a nice, yet short push, but it quickly diminished. He was signed after Triple H responded to huge chants of “Please Sign Cedric” during the Cruiserweight Classic. Hopefully, WWE will figure out a way to elevate him and give Alexander a suitable platform for his abilities. We’ll keep an eye on this situation as well.