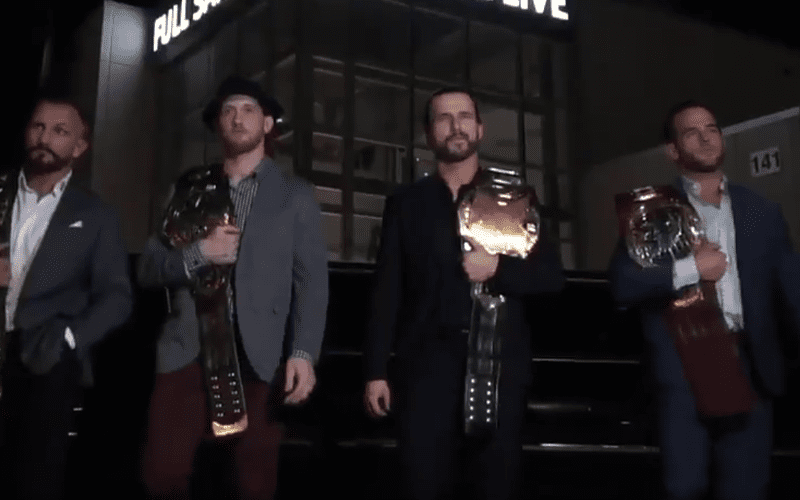 The Undisputed Era are likely to receive a huge spotlight throughout the entire Survivor Series weekend. They are in Chicago so that makes us have to wonder if they could pop in during Friday Night SmackDown as well.

Adam Cole sent out a message to let fans know what this weekend is really about. He said it’s not about NXT, RAW, or SmackDown. Instead, it is only about the Undisputed Era as all four members are draped in titles.

Adam Cole will defend his NXT Title at Survivor Series, but he doesn’t know who his opponent will be yet. That will be determined at NXT TakeOver: WarGames on Saturday night, but it doesn’t sound like Cole is too worried about that right now.