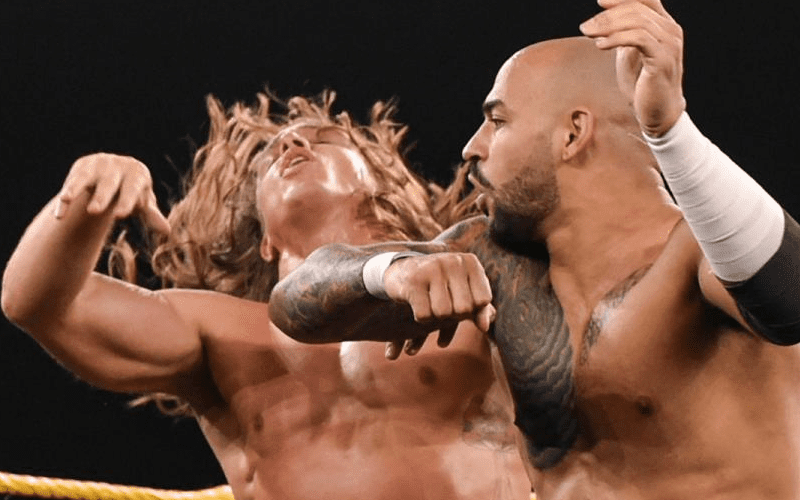 WWE NXT saw Matt Riddle and Ricochet have a match this week. Fans all over the world were excited about this one, but it didn’t end the way anyone would have liked.

Click here for our WWE NXT results from this week.

During Wrestling Observer Radio, Dave Meltzer explained why WWE decided to book such a short match between Matt Riddle and Ricochet. The company knew that they couldn’t give fans an epic match so they opted to go in the entirely opposite direction.

This kind of finish could very well entice fans even more who want to see Riddle and Ricochet have a much longer match. Now when The Original Bro and The One And Only collide once again fans will be even more ready to see their battle go to a more satisfying conclusion.