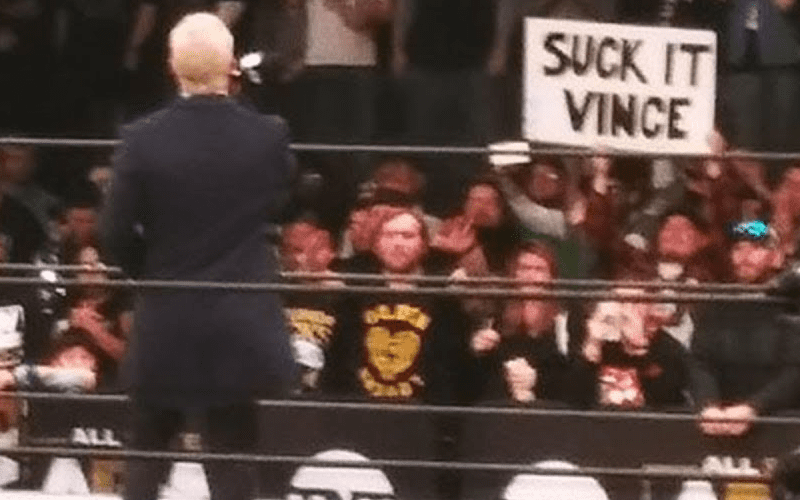 AEW fans are very vocal and one fan decided to make his voice heard through a sign he brought to the Indianapolis event last night.

Click here for our compete AEW Dynamite results from this week.

One fan brought a sign that said: “Suck it Vince.” We called attention to this sign during the show last night on the official Ringside News Twitter account, but we’re certainly not the only ones who noticed.

After AEW Dynamite was off the air, Cody Rhodes came to the ring. He is set to make a return to AEW Dynamite next week, but he still popped in to say hello to the fans in Indianapolis.

When Rhodes saw the sign, he had nothing to say as The American Nightmare allowed the sign to say everything for him.

“I cannot say anything, I think the sign says it all.”

Cody Rhodes recently tweeted out that it looks like he’s going back to court. We can only assume that WWE isn’t taking the fact that AEW is holding a “Bash At The Beach” event lightly.

Either way, it seems like Cody Rhodes was able to figure out a very clever way to address this sign last night.