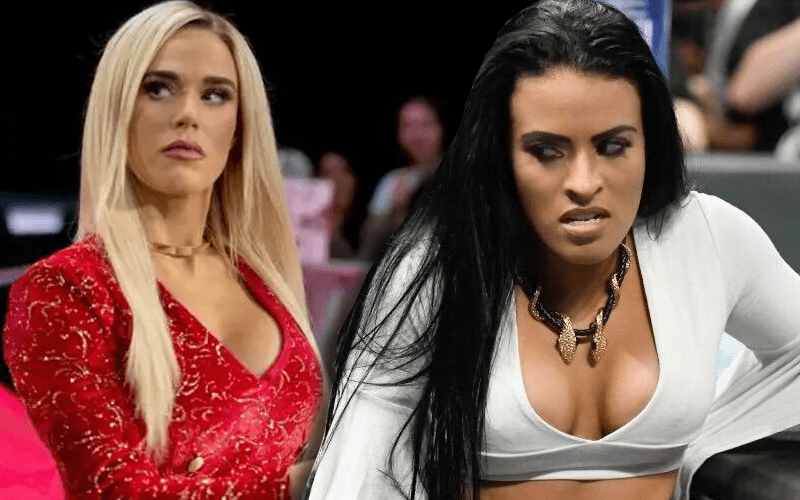 Lana is no stranger to drumming up controversy and it seems that she has sparked a new rivalry with Zelina Vega. The Ravishing Russian saw a post of Vega’s where she was bragging about being the best dressed Superstar duo along with Andrade. Lana did not appreciate that.

It didn’t take Lana very long at all to fire back at Zelina Vega. Lana called out the fact that Versace dressed her from “head to toe” which made her the best dressed Superstar on RAW.

I’m 100 % sure @Versace dressing me from head to toe made me by far the best dressed on Monday Night #Raw…. but I respect you putting some crystals & sequins on your attire @hm attire

Zelina Vega congratulated Lana on the views and said it’s only natural for Lana to be a “trainwreck.” She also called Lana out by saying that the real challenge for her is to be an honest, hard-working person. Then Zelina Vega topped everything off by saying that Lana’s acting is “horrible.”

1.Congrats on the views, I know how natural it is 4U 2B a trainwreck, the real challenge will be when u have to pretend ur a hard working & honest person bcz ur acting is awful

2.The comedy spots are getting 2 ur head, come back to reality where ur not special & no1 dressed u.

Lana fired back by offering to hook Zelina Vega up with her acting coach. She said “god knows you need one.” Then Lana took a shot at Vega’s style for being cheap.

I can send you to my acting coach because God knows you need one. As well to my stylist because your style actually sucks… cheap, cheap, cheap cheap….I was being nice… come for me again and I’ll burn you alive.

Zelina Vega decided to play a little dirty as she said that it’s better that Lana’s mouth is “plugged and occupied.”

Glad you hopped off @fightbobby long enough to compose such an intelligent and insightful tweet, but it’s really okay mama.. it’s better when your mouth is plugged and occupied. Don’t do me any favors, I’m good!

We’ll have to see what is next for those two. Something tells us that Andrade and Bobby Lashley might have to do battle to settle this score. In the meantime, it seems like Lana is plenty busy fighting off haters from every direction.