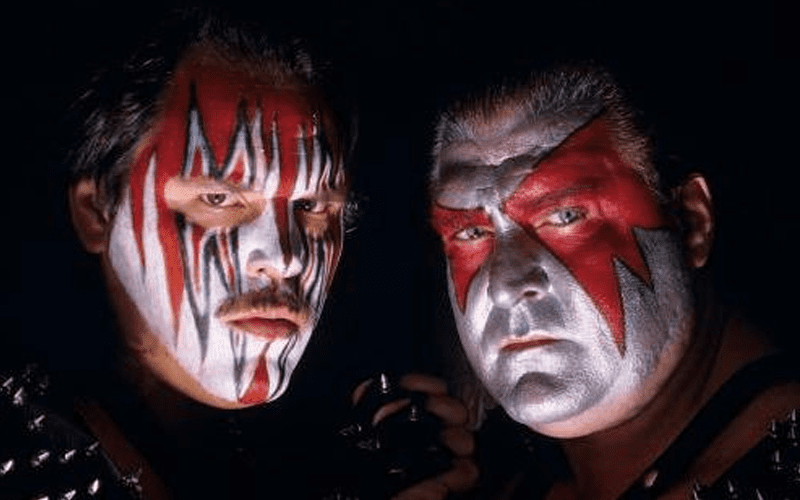 Demolition are WWE Legends, but they are not Hall Of Famers. As it turns out, they might not be able to get into the WWE Hall Of Fame without buying a ticket to sit with the fans.

While speaking to Wrestling Inc, Demolition were asked about a possible WWE Hall Of Fame induction. Ax didn’t sound too hopeful as he said they need to scrap together enough cash for admission. Meanwhile, Smash seemed a bit more optimistic as he gave the standard “you never know” answer.

“We just have to figure out – we have to make enough money to buy a ticket. We can’t get in without buying a ticket,” Ax stated.

Demolition were involved in a concussion lawsuit against WWE. The company was also pretty eager to smash their record of longest reigning WWE Tag Team in history with The New Day as well. We’ll have to wait and see, but it sounds like Demolition’s Hall Of Fame chances are slim.