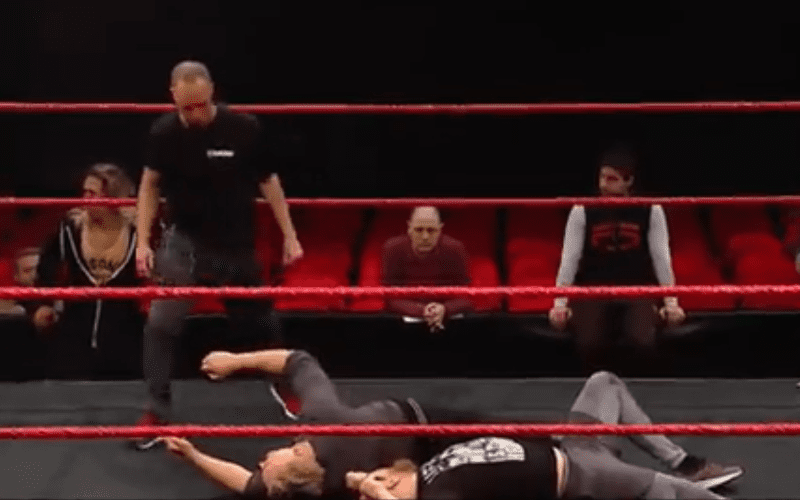 WWE has openly admitted to the scripted nature of their program for decades now, but not everything is meant to be seen by the general public.

This kind of video has never been released to the public before. It is very interesting to watch how the NXT UK superstars walk through every portion of the match and segments without physicality. Instead, they are simply making their marks and remembering the movements so it comes together that way during the performance later that night.

You can see two side-by-side video comparisons that Vice put together below. This is a glimpse of the business that WWE never intended on anyone seeing.

The video was uploaded to WWE’s YouTube account and marked as “unlisted,” but it still came up in an autoplay viewing which is how it came to light.