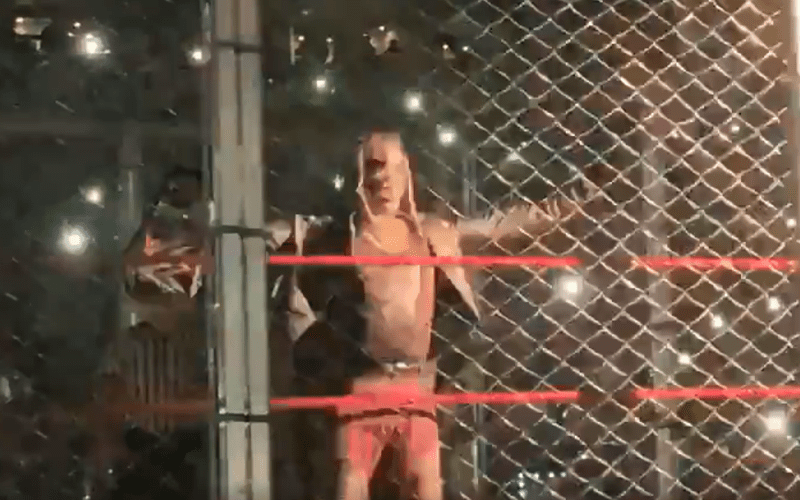 WWE RAW went off the air with a big scene of gang warfare, but then the camera shut off. After RAW was off the air, the action only continued.

A cage was lowered and The Fiend made his way to the ring. The WWE Universal Champion might belong to the blue brand, but he made a special appearance after the red team’s show this week.

Wyatt faced Drew McIntyre in a steel cage match. As you can see from the footage below, WWE kept Wyatt’s dreaded red light on the entire time once again. McIntyre also failed to win the match against Bray Wyatt’s devious alter-ego.

We’ll have to see what happens at Survivor Series as The Fiend puts the Universal Title on the line against Daniel Bryan. Those two have a long history with each other, but it might be hard to snap Bray Wyatt’s impressive momentum at this point.