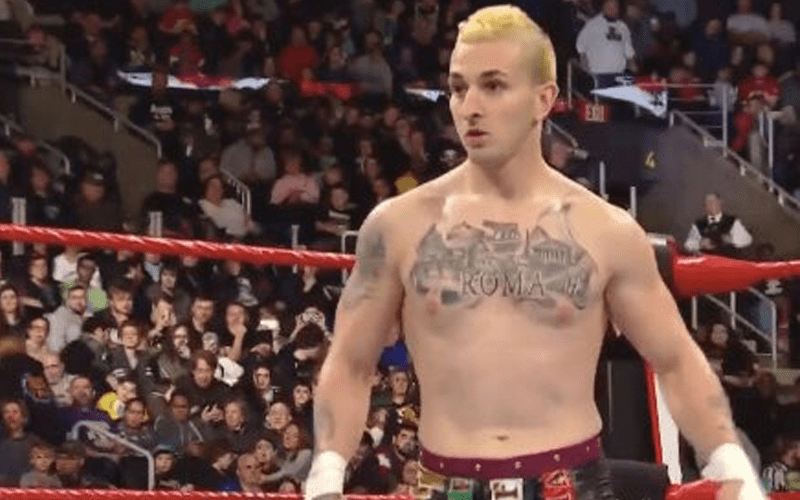 WWE is pushing Erick Rowan by giving him enhancement talents. This will be a good way to establish a winning streak, but it might not answer what is in that weird little cage that Rowan keeps lugging around.

During RAW this week, WWE fed Erick Rowan another local competitor. This time it was Alex Malcom, “The Prince Of Rome.” The Local Competitor reports:

On @WWE RAW Erick Rowan @ERICKROWAN defeated Alex Malcom. Malcom is “Prince of Rome” D3 @TheHolyD3. This was his 2nd televised WWE match. He last appeared on RAW Reunion (7/22/19) as Randy Rowe where he took on @BraunStrowman. #WWE #RAW #WWERAW

Since this is the second time that WWE has used him this year that has to be a good sign. Alex Malcom is a smaller competitor so he can take some impressive bumps. You never know if he’ll eventually catch someone’s eye for a bigger role, but he played his part well on RAW this week.