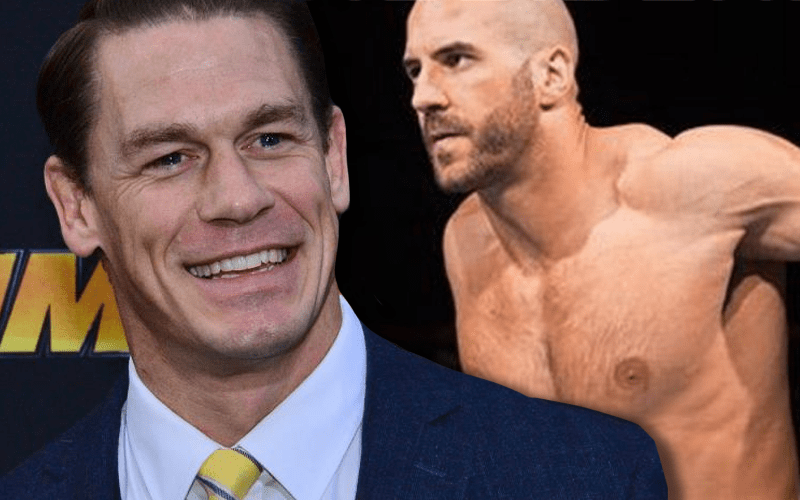 John Cena doesn’t wrestle much anymore, but he left a lasting impression on the WWE Universe and the entire pro wrestling world during his time in the ring.

While speaking with Sportskeeda, Cesaro revealed something John Cena told him that he still remembers to this day. Fans might consider Superstars like John Cena and Cesaro as the best at what they do, but Cesaro knows that he’s only as good as the last time he was able to perform.

“I’m very honored. I don’t take it lightly, as some people might just be like, ‘Ah yeah, I’m awesome and everybody likes me!’ Something that John Cena always said: you’re only as good as your last match. And I believe that.”

“Every match I try to do as good as possible with whatever I’m given because technically you never know when your last match is. I’d hate to be like, ‘I don’t feel like it tonight,’ and then something terrible happens.”

“I feel like to the fans, no matter where you come to see a show, if you’re part of an eight-man or if you’re in a singles match, it doesn’t matter. You just put on the best show so they’ll remember it, and I don’t take that pressure lightly.”

When you have someone like John Cena around it’s always a good idea to take whatever advice they have to heart. Obviously, Cesaro understood the kind of wisdom that Cena could provide and he continues living with that mantra to this day.