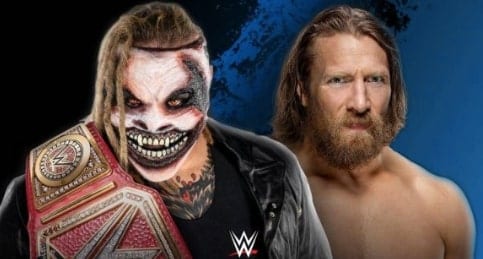 As seen on Sky Bet, the betting odds for Bray Wyatt vs Daniel Bryan at WWE Survivor Series have been released.

The two old foes are set to renew their rivalry at the big show this weekend with the WWE Championship being on the line. While the build towards this bout hasn’t exactly been extensive, fans aren’t going to have an issue with seeing these two men squaring off.

Wyatt’s run as the champion with his split personality has only really just begun, but you can never rule out Bryan in a match of this magnitude.

In terms of the odds, Bray is the strong 1/6 favourite to walk out of Survivor Series with the belt over his shoulder. Bryan is currently priced at 7/2 to overcome the odds and capture the WWE Championship once again.

The match itself is almost certainly going to be great, and if Wyatt is able to come out of it with the win, it’ll serve as a huge statement of intent as he continues to try and establish himself as the most dominant champion in the company.

Bryan’s heel run was great but it certainly felt like it was only a matter of time until he wound up turning babyface once again.

Now that it’s become a reality, it’s all about seeing how things unfold. If it’s anything like Wyatt’s match at Hell in a Cell then we could be in trouble, but if it’s similar to Crown Jewel, then it’ll be a bit easier to swallow.