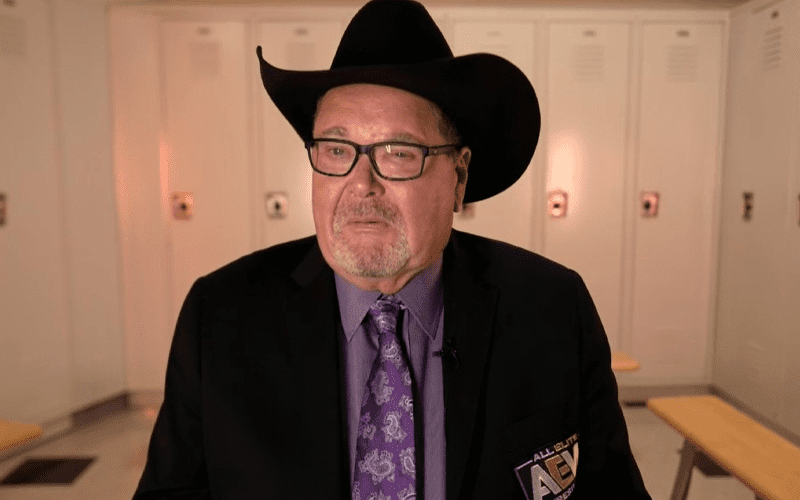 Jim Ross’ voice provided the soundtrack for plenty of moments pro wrestling fans will never forget. Now that he is with AEW, the WWE Hall Of Famer might not be playing to the same audience.

AEW skews to a younger demographic which is great for them in terms of longevity. Hopefully, those younger fans will remain fans and help create more fans as All Elite Wrestling’s buzz continues.

Jim Ross spoke on Grillin’ JR about those fans who don’t appreciate his participation in the show. In fact, if they don’t like it then they don’t have to listen.

“I don’t want the people who follow me on Twitter to jump on, and beat up on some people, because you look at their Twitter information, they have a picture, they are young kids, younger kids, teenagers, early 20s, and they have anywhere from zero to 20 followers.”

“So it’s not as if these people are learned, experienced, long term fans to the level that they can critique somebody, but you gotta, you try to be nice to them, or make fun, not make fun, but have some fun with it. I had a little girl that said I should retire, and I said, ‘Well, would you buy me a nice retirement gift?’ What are you gonna do, but it’s how it is.”

It obviously bothers Jim Ross that these fans are coming at him like this. He hasn’t experienced this kind of push back in a long time. He has 40 years of experience in the pro wrestling business and knows how to tell those stories that are in front of him.

“When you work your ass off for 40 F-ing years in the business that you love, and you’re still trying to do it, it’s a little disheartening when people that don’t know your work, or know how hard it is to do this work, are gutting and quartering you, it’s not a fun thing.”

“But I’ve got to get past that, I’m too damn old to worry about it. I can only do my best. If you don’t like my work, folks, don’t listen to it, that’s all I can tell you. Move to goddamn television, hell, I don’t know what you’re going to say. Because I ain’t quitting, I ain’t retiring, and I ain’t going to leave my spot.”

All Elite Wrestling will continue with Jim Ross because as Cody Rhodes put it: “He’s Jim F*cking Ross.”

Perhaps the fans will get used to JR’s style of commentary, but in the meantime, JR might want to start utilizing Twitter’s block and mute functions because it’s impossible to make everybody happy.