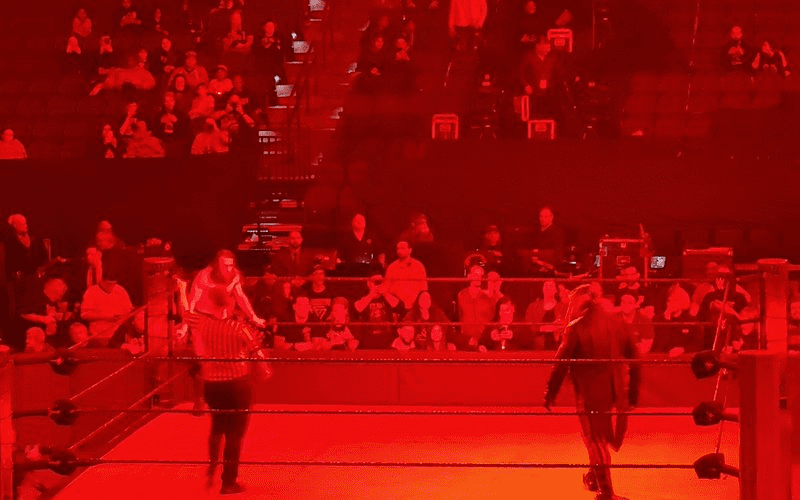 WWE SmackDown ended with Daniel Bryan getting a Universal Title shot for Survivor Series. Fans watching on Fox lost the feed from Philadelphia, but the fans in the arena got an extra special show.

After everything was said and done when 205 Live concluded, the fans in Philly got two dark matches. Roman Reigns defeated Baron Corbin in the first match. It was noted that Reigns got pyro during his entrance, even in the dark match. Then the real main event followed.

Bray Wyatt battled Daniel Bryan to give a little Survivor Series preview. They kept the red light on the entire time as well. It doesn’t appear that red light is going away any time soon.

After a short match, Wyatt defeated Daniel Bryan with a Sister Abigail. This could be a little preview of what fans have to look forward to on November 24th.