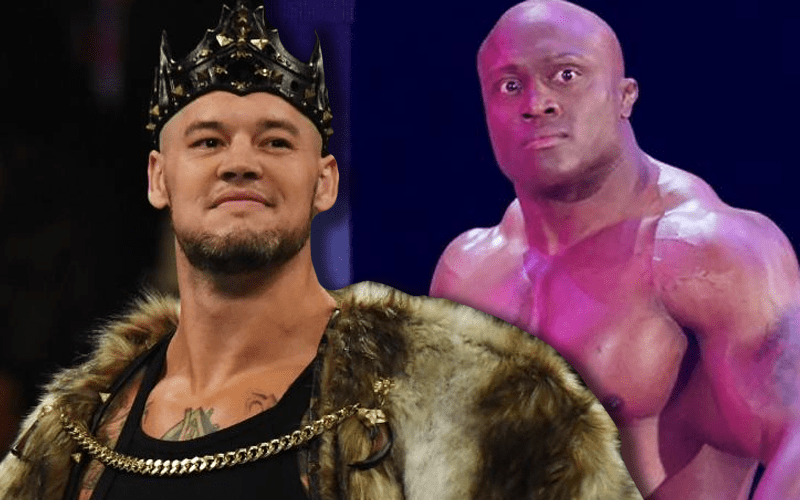 King Corbin reigns over Friday Night SmackDown, but how would he do in the cage?

While speaking to Sportskeeda, Bobby Lashley was asked which WWE Superstars could have a career in MMA. He listed a few people including King Corbin. He’s held mitts for the Golden Gloves winner and knows first hand that Baron Corbin brings the heat on his punches.

“I wouldn’t say just one person. I mean, hell, I was just talking to somebody yesterday about it because there is, of course, weight classes,” stated Lashley. “I say, the one thing in wrestling is if you’re athletic and you have some kind of martial arts background, it will get you a long ways. I think someone like Shelton Benjamin can definitely do it.”

Chad Gable and Shelton Benjamin would also be very interesting to watch in an MMA environment. It’s hard to argue that King Corbin would be pretty great to see scrapping in the Octagon as well.