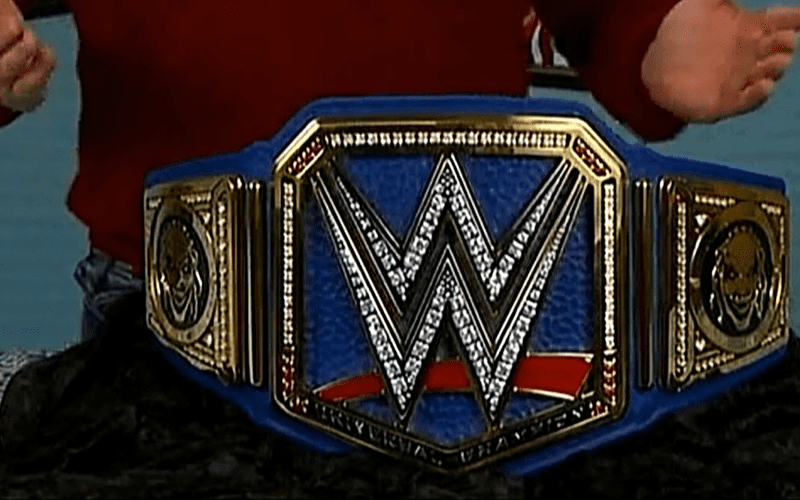 Bray Wyatt won the Universal title and then he took that title to SmackDown. Since Brock Lesnar took the WWE Title to Raw, they ended up trading championships.

During SmackDown this week, Bray Wyatt revealed the new Universal Title and the big red belt is no longer red. Now, it’s blue

Bray Wyatt did a little deal where he was a magician, and then he poofed his new title into existence.

This was followed by him hyping Daniel Bryan on Miz TV. It’s not a bad looking title let’s see how long Wyatt will keep it.