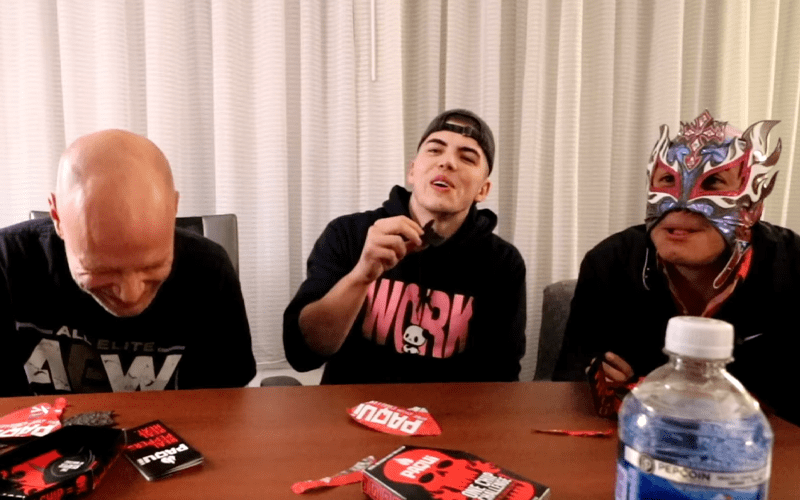 Sammy Guevara is more than The Best Ever and a Spanish God. He is also a YouTuber and vlogs constantly. There’s a reason why he walks to the ring holding his cell phone out because he’s always recording.

Before Full Gear, Guevara had Rick Knox and Rey Fenix in his hotel room where they took the One Chip Challenge. This resulted in some hilarity as all three of their mouths were eventually burning badly.

They didn’t even plan ahead because usually you’re supposed to have milk around. They only had water which kind of makes it worse. It wasn’t long until they were wondering why they did this to themselves.

You can check out the full video below. It includes some great moments. Guevara eventually got a second camera involved where he got some close up shots of Knox and Fenix’s tortured faces.

Needless to say, it was pretty chaotic as Guevara yelled: “This sh*t hurts!” and Knox said: “I can’t make it to the show!”

There is a reason why those chips come in containers that look like coffins.