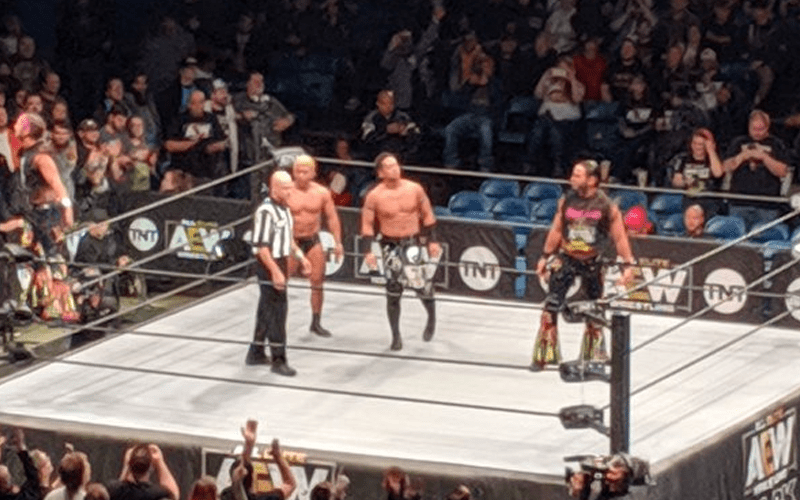 AEW brought their Dynamite show to Nashville this week. Before and after Dynamite, the company filmed matches for AEW Dark which will air on YouTube next Tuesday at 7:00 PM EST. This is your official spoiler warning.

Dustin Rhodes sat in on commentary during AEW Dark. It was said on Dynamite this week that he still has a few weeks to go until he can get back in the ring. He injured his arm during a backstage attack at the hands of Jake Hager.

After Dynamite was off the air, Britt Baker and Riho defeated Kris Statlander and Big Swole. The Best Friends then won the closing match against Private Party.