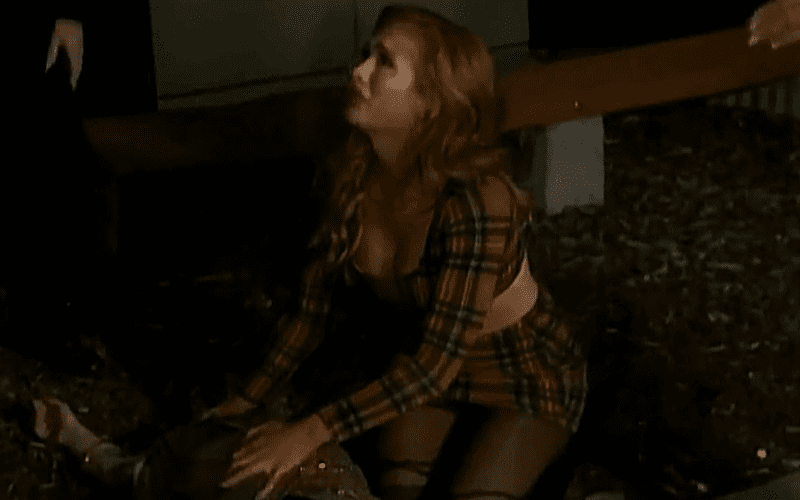 Scarlett Bordeaux arrived at the WWE Performance Center recently. She played a small role on screen tonight meaning that The Smoke Show made her television debut during NXT this week. It might not have been that big of a role, but at least she made it on screen.

The cameras went outside during NXT and there was absolute chaos. Marina Sharif and Jessamyn Duke were laid out and so was Candice LeRae. As Triple H told people to call for help, Scarlett Bordeaux could be seen on screen tending to Candice.

It might not be the most auspicious debut, but Scarlett Bordeaux will likely get much more time in the spotlight eventually.