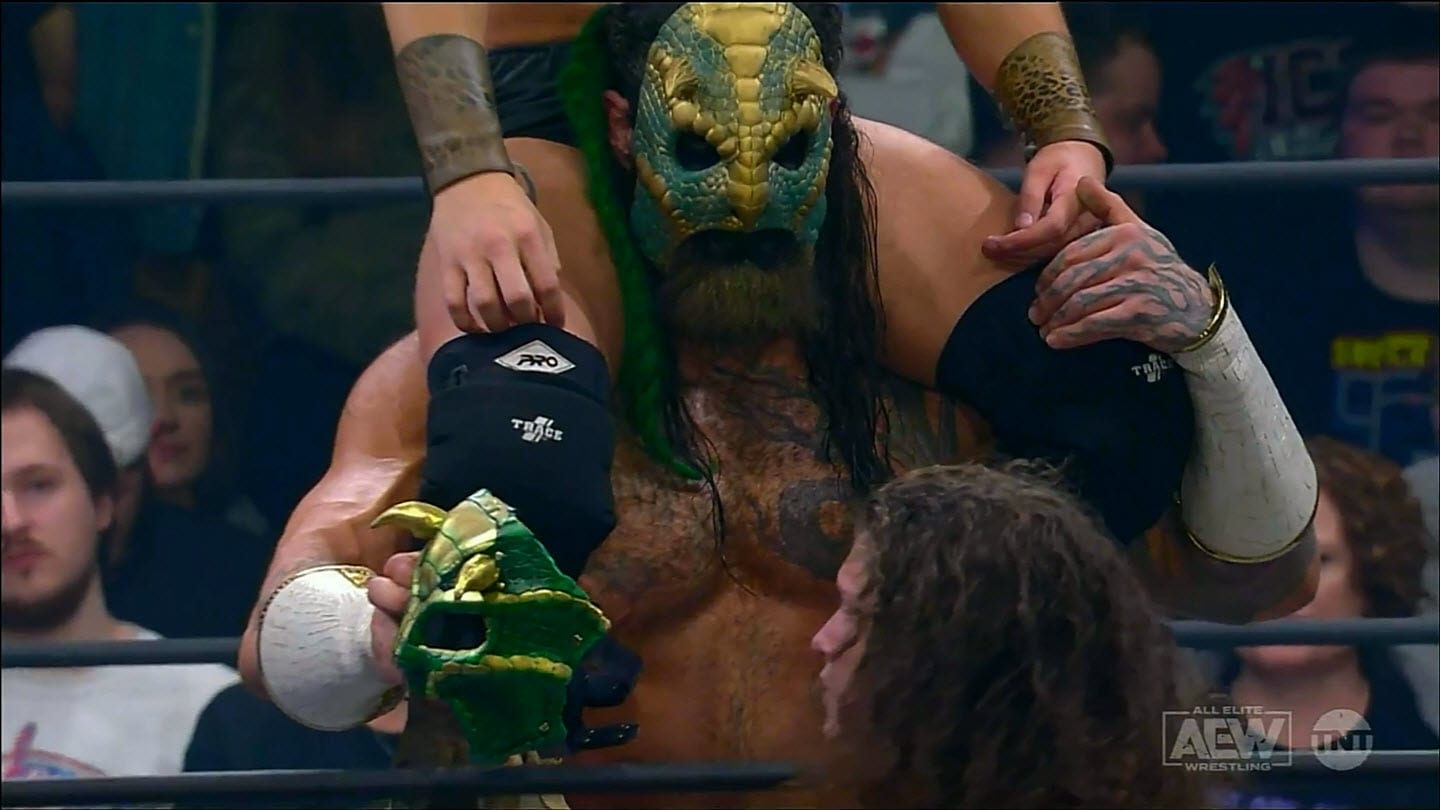 Luchasaurus went out of action due to an injury just before he was set to debut on AEW Dynamite. That speed bump didn’t seem to slow down his motivation and he promised to make his return soon. That happened tonight.

During Starrcast IV, Luchasaurus said that he would be back by December at the latest. Apparently, he was overshooting his return a little bit.

As Jungle Boy and Marko Stunt were about to be made into creepers by The Dark Order, Luchasaurus ran in for the save. The Nashville crowd chanted, “Holy sh*t” as the wrestling dinosaur made his way to the ring. Then he cleared it of the Dark Order and all of the creepers.

Now the Jurassic Express are a trio once again.