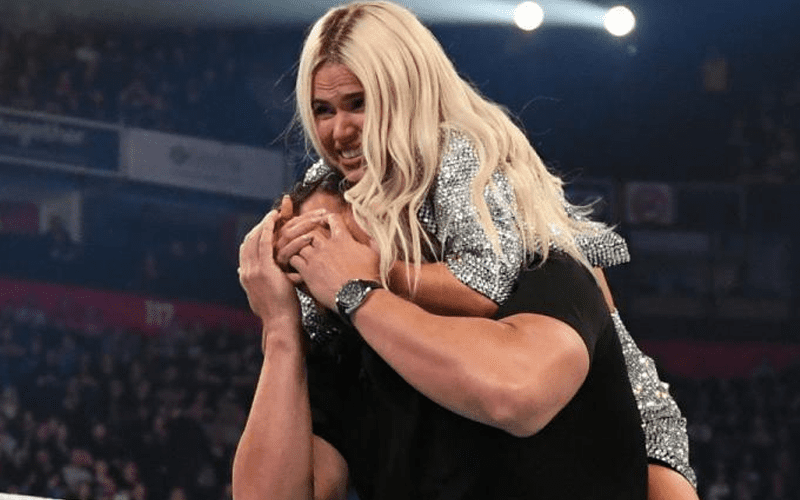 Rusev is involved in a storyline that is getting a lot of focus in WWE. A lot of fans might not like the angle where Lana is cheating on him with Bobby Lashley, but that’s where we’re at.

While speaking to the The Sun, Rusev explained that his current angle is “a collaboration.” They have made “adjustments,” but that’s show business. In the end, he seems to love the storyline as it is gaining him a new spotlight in the company.

“It’s a collaboration. There’s adjustments that we make, but that’s just life.”

“We’re committed to our characters on TV, so we just have to make slight adjustments, but we’re professionals and we’re coping with it.”

“It’s getting a lot of views and a lot of eyes on it. Some people like it, some people love it, but at the end of the day, it’s the hottest storyline going on.”

As we previously reported, this storyline is expected to have a happy conclusion. You also never know what could happen along the way to derail those plans.

At least Lana isn’t pregnant like we thought she was before the actual episode aired last night and she revealed it was a hoax off-microphone so only the camera could pick up her taunting words.