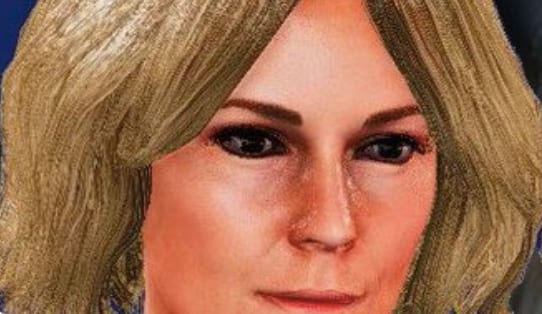 It’s safe to say that the release of WWE 2K20 will go down in the history books as a bit of a disaster, and rightly so, as WWE needs to understand why so many fans were frustrated with the fact that the game quite clearly wasn’t ready for release.

The list of issues that have been documented go on and on and on, with no end in sight. From glitches to the quality of the graphics to the storytelling, there’s just a lot to take in – and a lot to critique.

One person who was shafted pretty significantly was none other than WWE Backstage star Renee Young, as you can see by the following likeness – if you can even call it that.

One of the more enjoyable things about the introduction of WWE Backstage is the freedom that it seems to have given people like Renee. She knows that she is a valuable asset to the company, and she’s also well aware of the fact that her opinion matters within the WWE Universe.

With over one million followers on Twitter it makes sense for people to care about what she has to say, and in this instance, she’s more than happy to call out the people that made a bit of a mockery of her in this game.

Still, she seems to be fairly happy with her new role within the company, even if her role as a commentator on Monday Night RAW didn’t work out quite as many would’ve hoped.