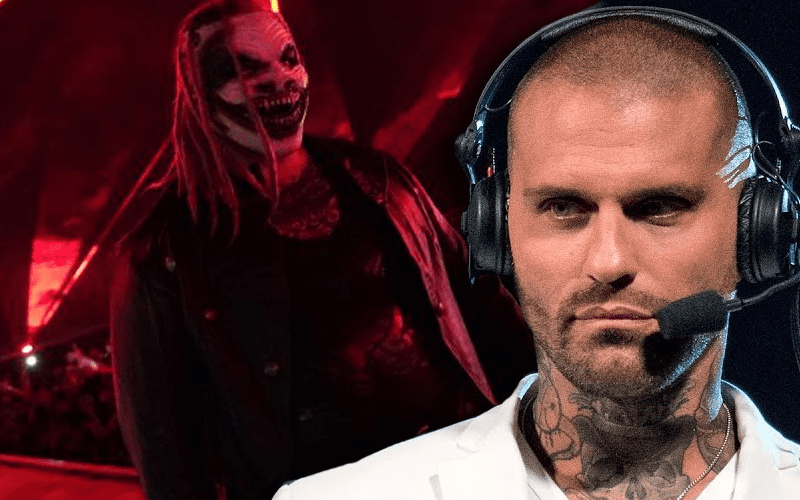 Bray Wyatt’s Fiend has wrestled bathed in a red light for his last few matches. This is something that Corey Graves is not looking forward to seeing more of in the future.

While discussing The Fiend on After The Bell, Corey Graves said that he is looking forward to seeing what Wyatt does because he has been doing great things. He could certainly go without having that red light around.

“Everything that Bray Wyatt has been doing is awesome, it’s definitely a bright spot in WWE whether it be on RAW or SmackDown. But I can say that I am not looking forward to any more of that damn red light during The Fiend matches. I’m not going to get on another rant because I already wasted enough breath on the top of the show, but let’s hope Bray Wyatt defends the title. I could totally use some Firefly Fun House music, and some puppets, and lights during a WWE main event.”

This is just the beginning of Bray Wyatt’s reign as WWE Universal Champion. There could be some very interesting situations coming in the next few months, but one thing we can probably expect is that the red light isn’t going away any time soon.