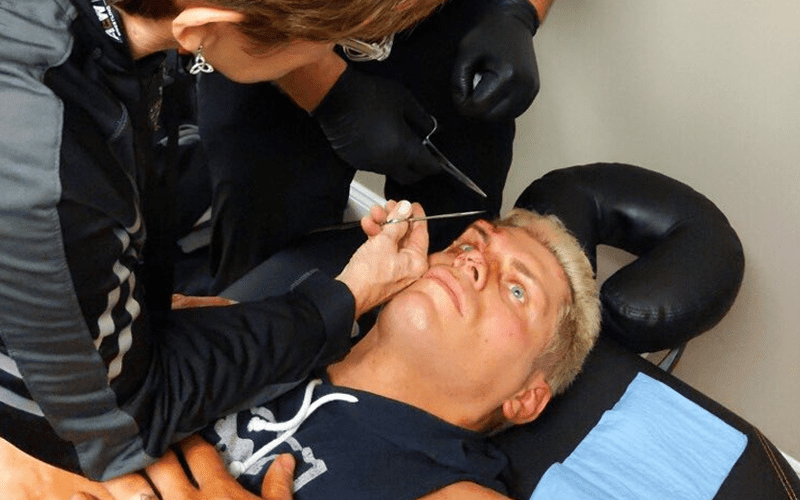 Cody Rhodes took a very scary dive right onto his face at Full Gear that left him lacerated. He was leaping from the ring and landed hard on the ramp. His mother was there the entire time.

AEW’s ringside doctor was able to stop the bleeding. They have a good doctor who is the same man that tended to Jerry Lawler when he had his ringside heart issue in WWE. Their doctor might be top notch, but he still had some help backstage.

Cody’s sister Teil uploaded a picture of Cody and their mother backstage in the trainer’s room. Rhodes was getting stitched up and his mother was there to help out. Their mom got some spotlight last night, but Teil says it’s nothing she ever wanted.

Joking aside our Mom is the toughest lady around. She never liked any attention on herself. The best.

We’re glad that Cody Rhodes was able to finish their match. Things got pretty scary for a moment as the blood first started to flow. It’s a good thing that Cody’s mom was able to make the trip to Baltimore because anyone can use their mom around after taking a fall like that.