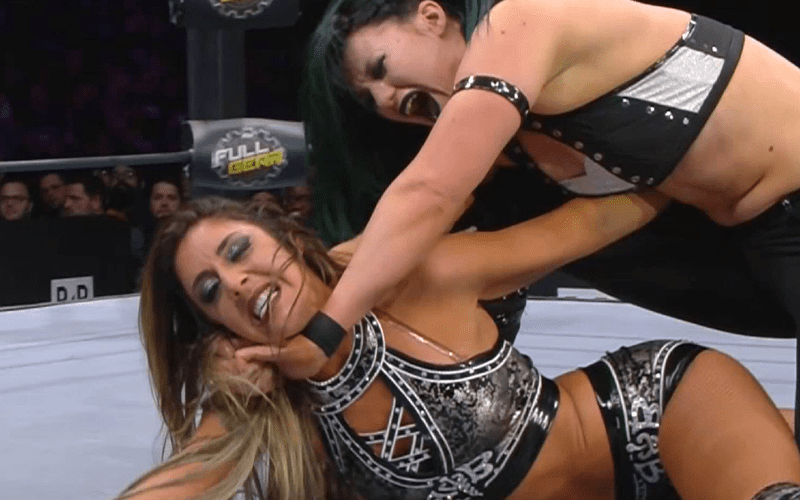 Britt Baker wrestled Bea Priestley in the Full Gear Buy In show. AEW’s resident dentist on the roster ended up pulling off the win against Bea, but it was a harder battle than most would realize.

Baker revealed after her match at Full Gear that she wrestled Bea Priestley while sick with the flu. She still “beat the bitch,” so that’s a big checkmark for her. Now it’s time for her to get some rest.

Now time to beat the flu.

Hopefully, Britt Baker won’t have such a hard time the next time she wrestles. It’s difficult enough performing with that many people paying attention to your ever move. It only complicates things further if you have to worry about being sick too.