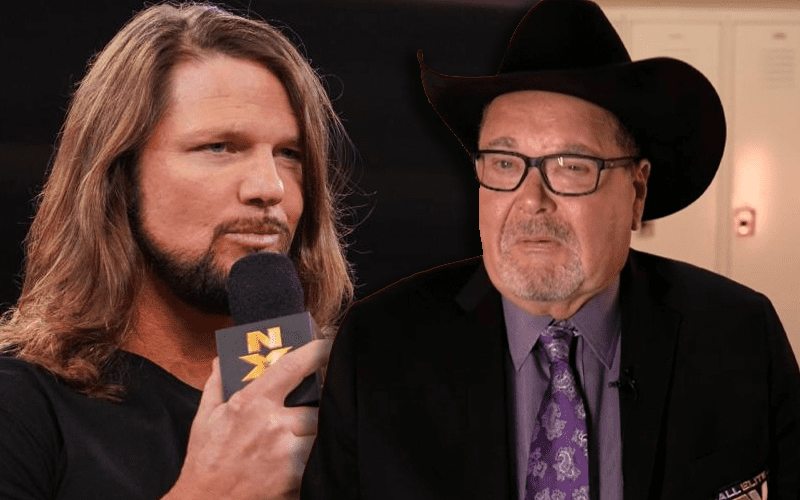 AJ Styles is a fan of Mauro Ranallo and he recently called him the best announcer in the biz. That did not set too well with some fans.

A few members of the IWC called Styles out for snubbing Jim Ross with his comment. It’s hard to believe that AJ Styles would openly put over the AEW announcer, but one fan fired back saying:

Stop acting like you dont know who @JRsBBQ is cause you work in that “universe” where no other company exists. I love @mauroranallo and he should be calling Raw but he’s not better then @JRsBBQ or @tonyschiavone24

AJ Styles doesn’t usually reply to online haters, but he couldn’t help himself. He said that Mauro Ranallo is one of the busiest commentators in the entire sports business. Then he called this hater a “simple minded idiot.”

Normally I don’t reply to real morons, but you’ve earned it. @mauroranallo is one of the busiest commentators not only in wrestling, but in sports that people get knocked out. Why do you think that’s so? You simple minded idiot.