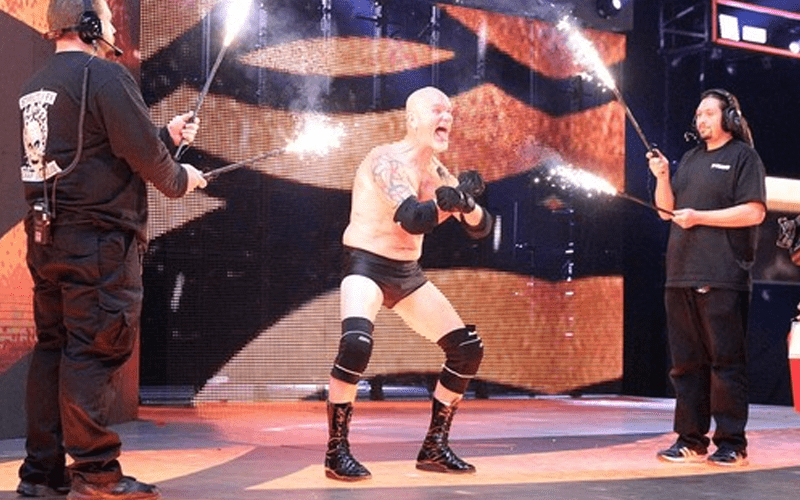 Goldberg is known throughout the pro wrestling world which is the reason why his character is ripe for parody. Gillberg capitalized on his unique look of a shrunken down version of Goldberg, and it got him plenty of bookings.

During Starrcast IV, Gillberg was asked who came up with the sparkler idea during his entrance. This was an ultimate spoof on Goldberg’s entrance that added a big touch to Gillberg’s character as he made his way to the ring. Apparently, this was something that WWE perfected, but they left the lighting of the sparklers to the JOB Squad.

“Actually, I guess WWE did, you know what I mean? We used them on the independents, but I think WWE really perfected it as far as the sparklers. The pyro team [lit the sparklers] — actually no it was the JOB Squad themselves that lit them because they used to hold the sparklers for me.”

“[Blue] Meanie, Bob Holly, and Too Cold Scorpio used to hold them for me.”

Gillberg might not appear on WWE television very often, but he still shows up from time to time. He is still performing on the indies and delighting crowds. Odds are his sparkler gimmick hasn’t changed much either.