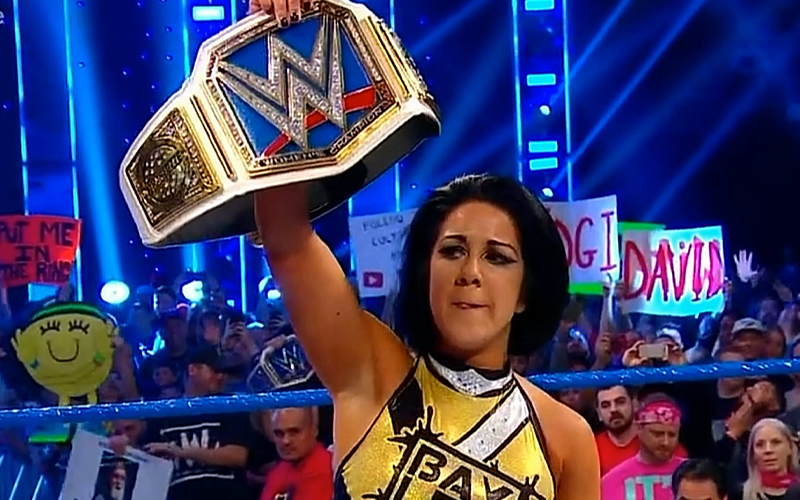 As seen on Sky Bet, the betting odds for who will be SmackDown Women’s Champion after Bayley have been released.

While there have certainly been some critics when it comes to Bayley’s title reign, the majority of fans seem to enjoy what she’s been doing since turning heel. Now, the question is how long she’s going to hold onto the title.

With her next big match taking place at Survivor Series, where she won’t be defending the belt, nobody really knows who the next major challenger is going to be. According to the bookmakers, though, there certainly seem to be a few intriguing candidates in the running.

The odds suggest that while they may be the best of friends right now, Bayley and Sasha Banks won’t be pals for too long as Banks is the 11/8 favourite to win the championship. Alexa Bliss and Nikki Cross are then priced at 3/1, with the top five concluding with Carmella 5/1 and Lacey Evans 6/1.

Bayley could lose the title tomorrow or at WrestleMania or at some other point, but one way or another, it certainly feels like it’s just a matter of time before her and Sasha turn into rivals once again.

Given that WrestleMania 36 is going to be upon us before we know it, and considering it’ll take place in NXT’s home state of Florida, we wouldn’t be shocked to see WWE save that encounter for the grandest stage of them all.

For now, we’ll just wait and see how it all plays out.