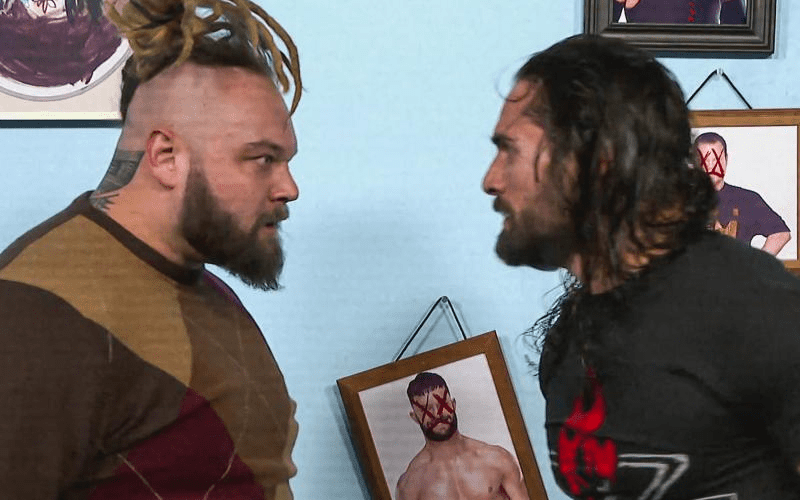 Seth Rollins and Bray Wyatt’s match at Hell In A Cell did not work out like they wanted. The Sacramento crowd let the company have it as they showered the main event’s finish with boos all over the building.

Fightful Select reports that WWE’s plan was always to have Rollins vs. Wyatt in Saudi Arabia for a blow-off match. This could mean that Hell In A Cell is no longer the program closer that it used to be.

It was reported that WWE planned for a double turn to take place with Wyatt and Rollins as well.

We’re told that a follow up match for Saudi Arabia was always planned for Seth Rollins and The Fiend, but originally Saudi Arabia was supposed to be their last one, with a double turn planned.

WWE Raw could be very interesting tonight. Brock Lesnar is now their top champion with the WWE Title and Seth Rollins is separated by brand lines from his former title. Apparently, he might be a heel too.