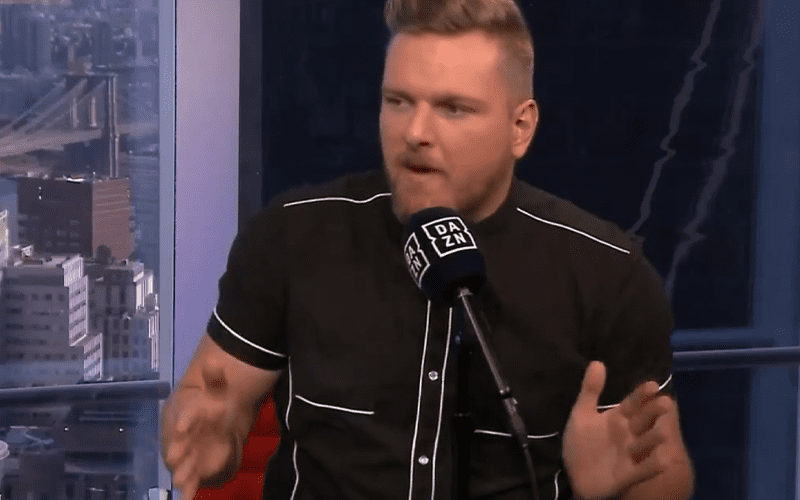 Pat McAfee is a very busy man. He was on College GameDay on the morning after he commentated on SmackDown. There is a reason why he was able to make this crazy travel schedule. McAfee had a private plane, but it wasn’t his.

McAfee told a story on his radio show that he was preparing to do College GameDay when WWE needed him. Then he got a text from Triple H asking “you home.” After saying that he was, The Game called Pat and asked him if he could get to Buffalo from Indianapolis.

Pat McAfee said that Vince McMahon didn’t even approve it yet, but he had to make travel arrangements and quickly. McAfee called commercial companies and private plane companies, but nobody could help. Then he made a Hail Mary and turned to Indianapolis Colts owner Jim Irsay.

He called Pete Ward, COO of the Colts and asked if he could use one of Isray’s planes. A few minutes later, he received a call saying: “Pack your bags, brother.”

It was a crazy schedule, but Pat McAfee did it. They were able to make the flight with a flight attendant, two pilots, and Pat said they had a steak dinner in mid-air. Then after SmackDown, the plane brought McAfee to Memphis for College GameDay.

This is all thanks to the Indianapolis Colts owner’s generosity that McAfee was able to fulfill a lifelong dream to call play-by-play on FOX.