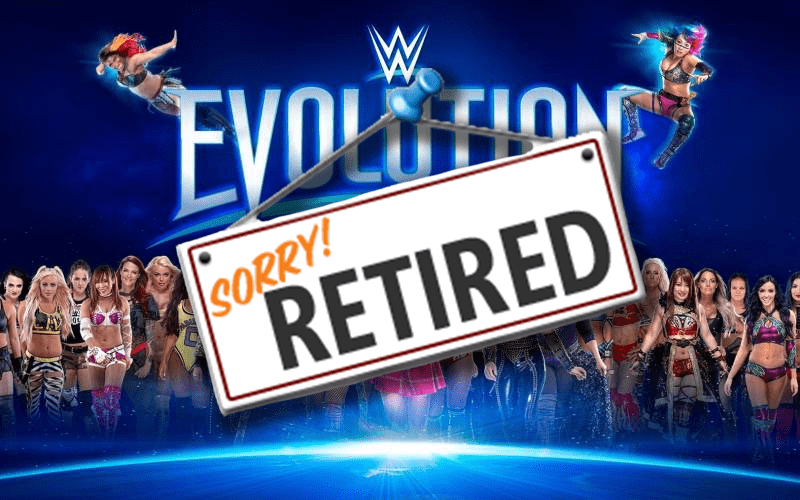 WWE Evolution was a historic event as the first-ever all-female WWE pay-per-view. It turns out that last year’s big event might have been the first and last.

The WWE Network is now listing Evolution under the “retired” pay-per-view portion of their listings. This is quite a shocking development that Evolution is now featured on the same list as Great Balls Of Fire, Judgement Day, and Over The Edge.

The company did not hold an all-female pay-per-view event this year in spite of such a big move for the Women’s Evolution as three females main evented WrestleMania this year. Now it appears that the Evolution pay-per-view isn’t coming back.

WWE could always dust the idea off later on. All it would take is a simple edit of the WWE Network listing. We had some hopes that it could happen again this year, but no Evolution event was announced in 2019.

Hopefully, WWE won’t have to wait for Ronda Rousey to hold another all-female pay-per-view.