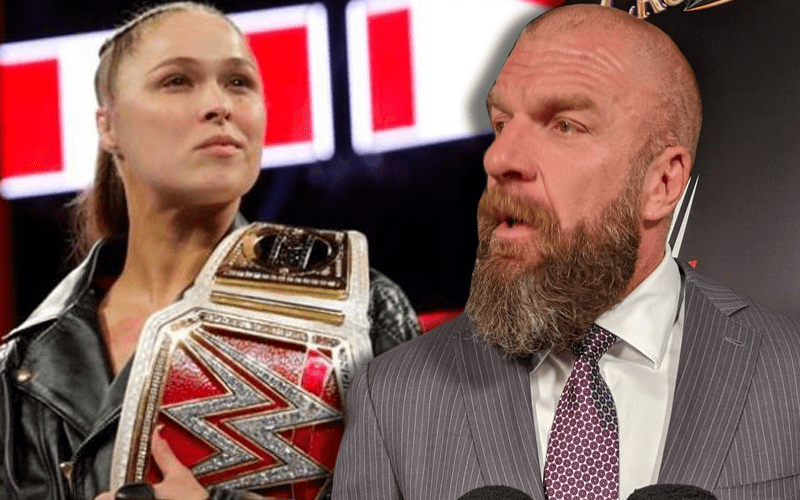 Ronda Rousey hasn’t been seen on WWE television since WrestleMania unless you count season 9 of Total Divas. She is currently rehabbing a busted up hand after she nearly lost a finger on the set of 9-1-1. That doesn’t mean she has wrestled her last match.

In the media scrum following the WWE Crown Jewel press conference, Triple H was asked about The Baddest Woman On The Planet. He seemed very confident that we will see Rousey wrestle again.

There is no timetable at this point for Ronda Rousey’s return. Triple H did say that his guess is that it will happen sooner rather than later.

She is also still listed in the alumni section of the WWE website. We’ll just have to see what happens next. In the end, Ronda Rousey will do what she wants to do, because she’s Ronda Rousey.