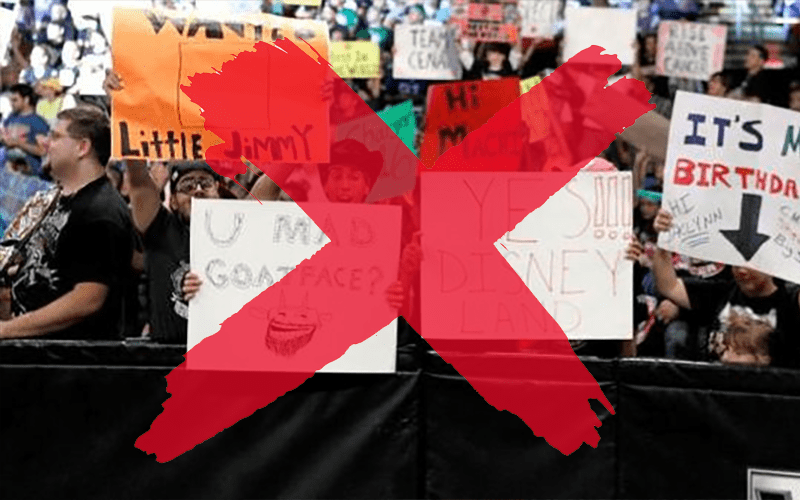 WWE doesn’t like their fans to have obscene signs in the crowd of anything that promotes AEW. How about a sign promoting a current Superstar? Apparently, that wasn’t okay last night.

PW Insider reports that last night before Friday Night SmackDown kicked off, security was confiscating signs, but they were taking those promoting Sasha Banks. It might not be Boss Time anymore.

Before the start , security was confiscating the BOSS signs from the crowd.

This is very interesting. The only signs we can think that they would want to take that say “boss” on them is if the sign reads: “The Boss Tony Khan.”

Perhaps WWE doesn’t want it to appear like Sasha Banks has fans who are rooting for her. We’ll have to keep a close eye on the crowd, but we’re pretty sure we’ve seen Sasha Banks signs since her heel turn.